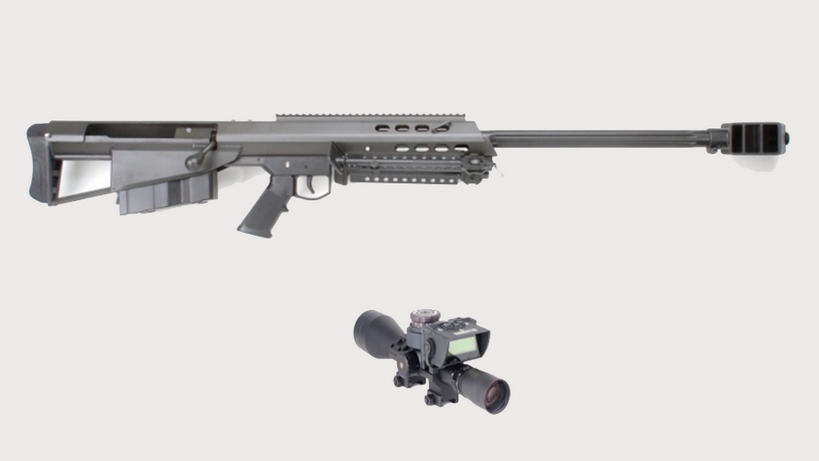 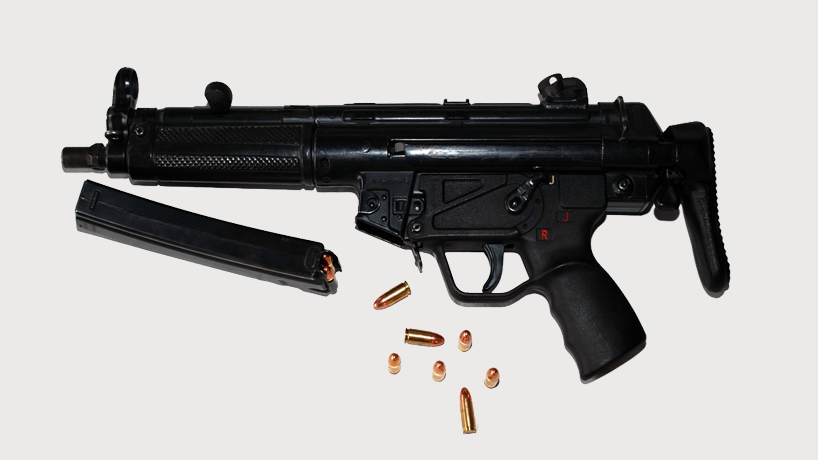 The MP5 is a 9x19mm Parabellum submachine gun, developed in the 1960s by a team of engineers from the German small arms manufacturer Heckler & Koch GmbH (H&K) of Oberndorf am Neckar. It is intended for neutralizing and destroying live force at distances up to 50 meters.

The "Heckler and Koh G36C" automatic rifle is designed to destroy enemy life force at distances of up to 200 meters. 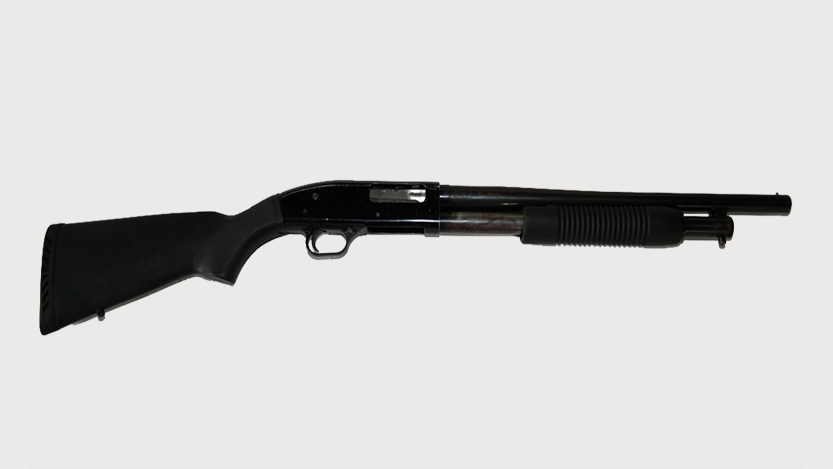 The LP 12 PA shotgun is a hunting rifle used in police units as an effective weapon in urban areas up to 150 meters away. It is effectively used in buildings, corridors, tunnels, shrubs, bushes, dense forests and generally in conditions of reduced visibility.
The caliber is not expressed in millimeters but based on the diameter of one ball made of English pound of lead (453.5027 grams). The SCANTRAK system is intended for the ventilation of suspected x-ray objects from a certain distance. 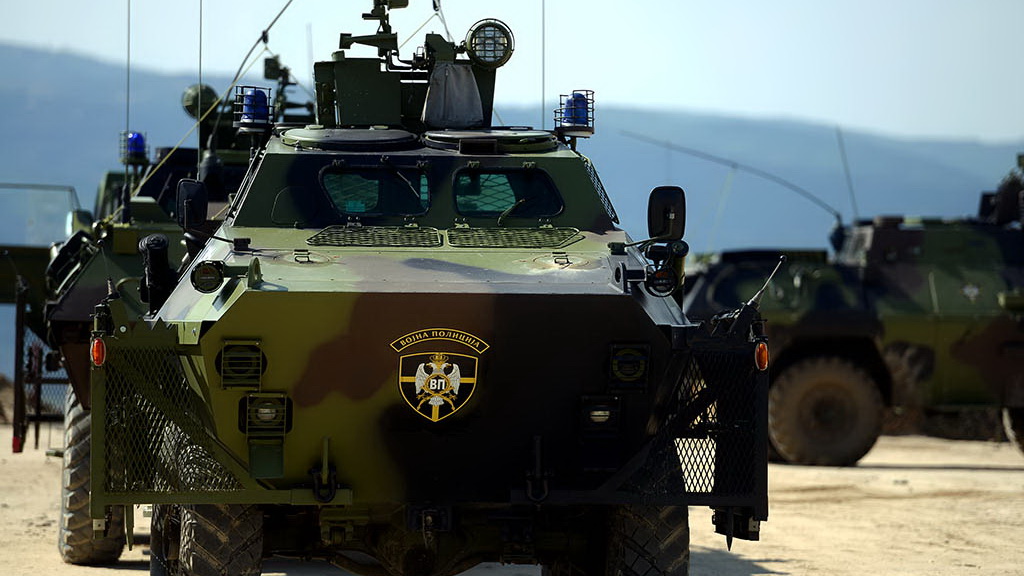 M-86 police combat vehicle is intended to carry out military-police tasks in peace and war under conditions of application of conventional combat means, on different land and in different ground conditions.
It is intended for the protection of military and other major facilities and institutions, for preventing the demonstrative threat to public order and security of the Serbian Armed Forces and citizens, the fight against sabotage, terrorist and other armed groups and the evacuation of human and material resources. In cases where it is not possible to examine a suspicious object from a distance, when it is necessary to approach the suspected object or to deactivate the explosive device, an EOD protective suit is used.
The suit is made of kevlar and protects against malfunction, ammunition and shockwave. It is resistant to acid, heat, wear, ultraviolet rays and water. Without protective plates and helmets, the suit weight is 15 kilograms, while the total weight is 36 kilograms.
An integrated fan system allows air intake to prevent the visor from blurring, as well as maintain contact with the operator. 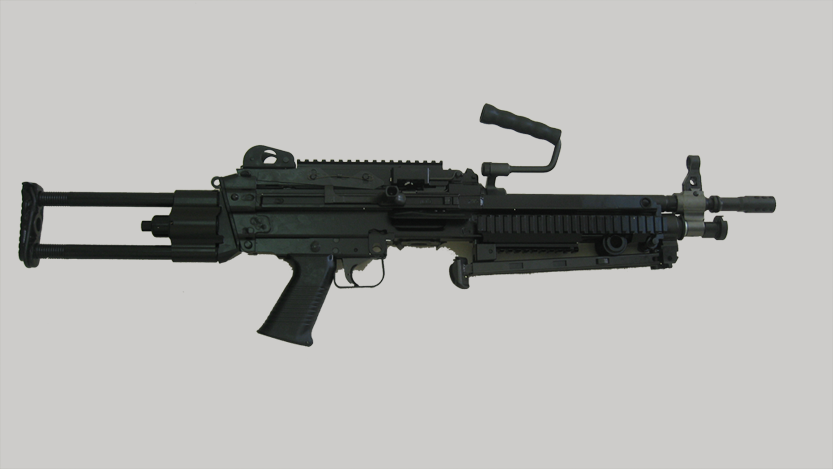 The 5.56 mm “minima steam” rifle is intended to neutralize and destroy the detected and masked group and more important individual targets. 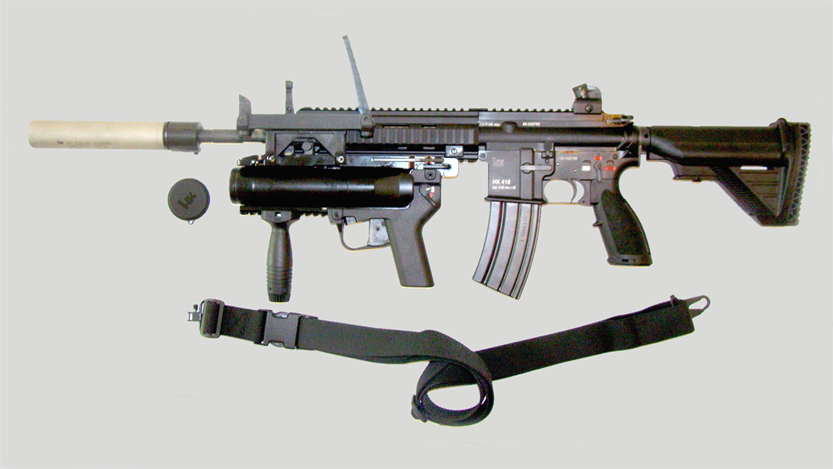 The HK-416 Automatic rifle is designed to destroy the enemy's live force, namely: point targets up to 400 meters, belt targets up to 500 meters, and a grain range of 3600 meters. Using the submersible grenade launcher, the AG-HK416 achieves the best results at distances up to 350 meters.