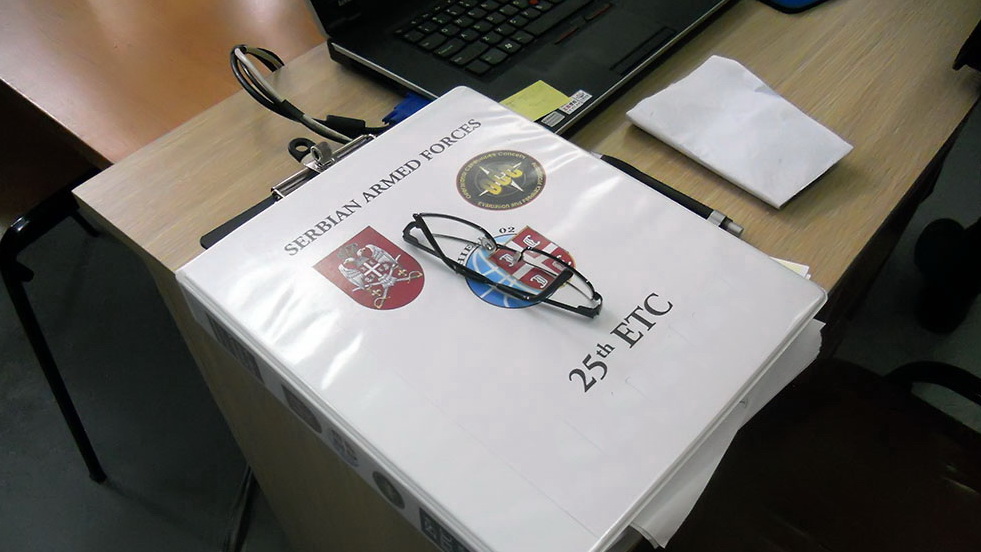 The main role of the militaries of a number of countries at the beginning of the 21st century, is the participation in multinational prevention operations and crisis management operations or post-conflict processes of building peace and stability, which can occur at national and international levels.

Partnership for Peace program (PfP) is entirely focused on practical aspects of cooperation, where the partner countries opt for activities in accordance with their own priorities. The cooperation within the Partnership for Peace program is conducted at a level and pace determined independently by each partner nation. Forms and the importance of cooperation are divided into four levels, and the Operational Capabilities Concept belongs to the ‘higher level’.

The Partnership Goals for the Republic of Serbia are determined on the basis of the Ministerial Instruction, and in accordance with the Presentation Document, which the Republic of Serbia submitted to NATO in 2008. The focus of the Partnership Goals is directed towards building interoperability, operational capabilities for NATO-led operations of the Partnership for Peace, and the skills required for response to the risks caused by the spread of weapons of mass destruction and for defence against terrorism. So far, the 15 member nations of the Partnership for Peace that adopted the Operational Capabilities Concept have declared a total of 90 units with about 13.000 troops.

The Operational Capability Concept is divided in two levels that the declared units undergo for a period of about four years to obtain a certificate of combat readiness as follows:
The interoperability, which includes training, education, organization, structure and equipment of the units declared to NATO Task List 3.0 (NTL 3.0), is tested and evaluated at the first level. The abovementioned list includes an overview of the military tasks performed in accordance with prescribed procedures and NATO standards (STANAGs), Allied Publications (APs) and Directives (Bi-SC).

The combat readiness is tested and evaluated at the second level, in accordance with NATO and the Allied Command Operations standards for evaluation of ground forces (CREVAL). After that, the unit is certified for deployment in operations and performance of the declared missions and tasks. The validity of the certificate for participation in operations is 3 years, after which the unit is subject to NATO evaluation (NEL-2).

Taking the definition of the operational capabilities as the starting point, namely that they represent the capacity of the Serbian Armed Forces or its parts to achieve the desired operational effects under certain standards in designated time through a combination of forces, assets and modes of task performance, it can be concluded that it is possible to utilize the Operational Capabilities Concept as a practical tool for attaining an optimal organizational structure, equipment, command and training of the declared units as well as for developing the operational capabilities and interoperability of the Serbian Armed Forces declared units to participate in building and maintaining peace in the region and in the world.