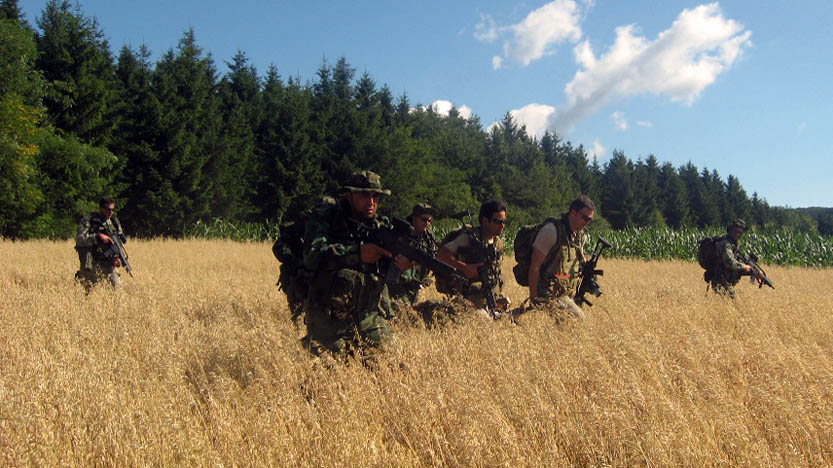 The program is implemented between the National Guards of some U.S. states and partner countries through the exchange of experiences, study visits , joint training and exercises , and technical assistance to civilian and military structures.
The scope of the program, as well as the composition of the National Guard, which mainly consists of civilians enables not only the development of military cooperation but also of developing civil- military and the civilian aspect. Coordination is done through regional commands of the U.S. armed forces and the corresponding office at the U.S. Embassy in the host country.

Serbia–Ohio State Partnership Program is being implemented on the basis of the Status of Forces Agreement – SOFA, signed on 7 September 2006, signed by the then Serbian President Boris Tadic and the then U.S. Secretary of State Condoleezza Rice. The official start of cooperation in the defence started with the visit of the then commander of the Ohio National Guard , Major General Gregory Wayt to the Republic of Serbia in September 15-21, 2007.
In the past four years, military cooperation has been constantly evolving to date, the State Partnership with Serbia has been assessed as the most successful out of 62 programs US forces have with countries worldwide. The USA is currently considering a modification of the normative- legal acts that define the U.S. State Partnership Program as the example of cooperation between Serbia and Ohio showed that the co-operation surpasses the current scope.
The cooperation has been greatly intensified primarily in the field of education and advancement of officers and non-comissioned officers, exchange and training of units, joint exercises, exchanging practices in forming non-comissioned officer corps, military's help to civilian structures in cases of natural and other disasters and accidents, and development of capacities for participation in multinational operations.
The most intensive cooperation is realized traditionally in September every year, when SAF host received numerous Ohio National Guard delegations, led by the commander.
After seven years and a large number of implemented Ohio-Serbia joint activities, the cooperation is marked by friendship of members of the Ohio National Guard and Army members and the citizens of Serbia. The campaign launched as part of civil-military cooperation, which was implemented in August 2009 in the framework of the "humanitarian assistance" which will remain long in local population’s memory. In the said projects, members of the Ohio National Guard together with members of the Serbian Armed Forces take part in the construction and renovation of socially important facilities under the auspices of the U.S. European Command.
One of the key aspects of cooperation with the Ohio National Guard is a joint project of building a training ground for the shooting range in Jug military base as well as the execution of joint exercises and training.