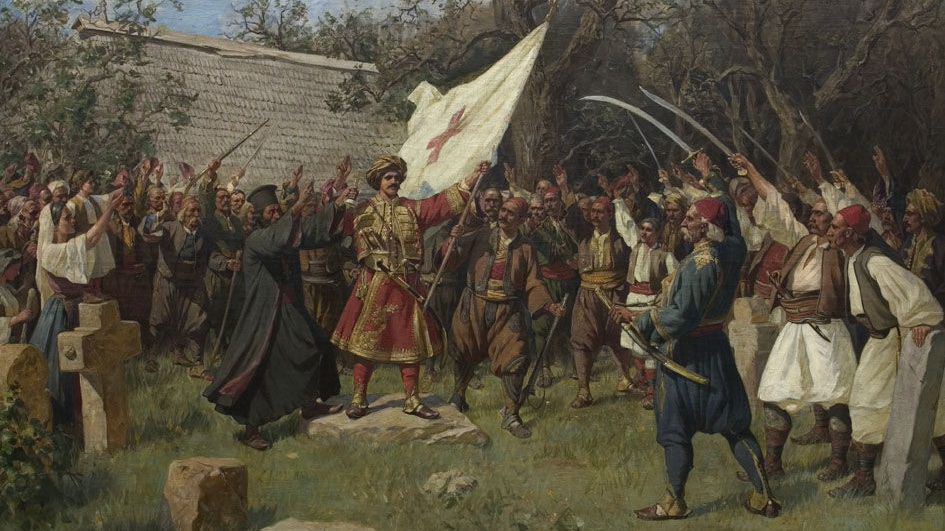 The Serbian Armed Forces celebrate its holiday on April 23, to mark the day in 1815 when the Second Serbian Uprising started. It was a milestone in the creation of the modern Serbian state and military.

The Second Serbian Uprising, in some ways, represents the basis for creation of the Serbian state and military. The independence of the Serbian state was followed by the establishment of a standing army, the Guard, composed of 76 young men of “of stature and reputation “from the finest country houses.

Since the creation of the standing army, first from “conscripts” and later soldiers – “soldats”, went unnoticed by the Porte, the National Assembly made the title of “soldat” official. The first recruits were introduced, who remained in service for ten years. The standing army personnel lived in the barracks and received salary. In addition, dress uniforms called “mundiri” were also introduced.

The Serbian military was created from the insurgent troops, the people who took up arms to fight for their freedom. These are the roots of a deep connection between our nation and military. Serbian military cherishes this essential link, remaining committed to the citizens of Serbia and helping them whenever necessary. Citizens also recognize that crucial connection and appreciate the military efforts performed for the common wellbeing.

Great interest for voluntary military service, employment as a professional soldier, and education at the Military High School and the Military Academy, confirms, in the best way, the great confidence of the citizens in the Serbian Armed Forces, as well as the fact that the military profession has a prominent place in the eyes of the young.