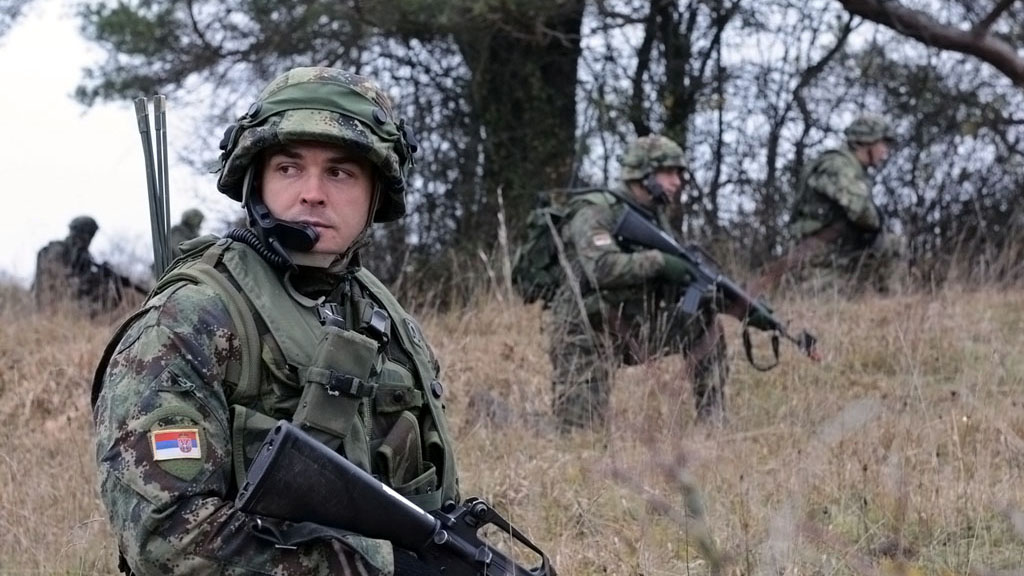 The main objective of the Partnership is to promote reform, develop mutual trust, and increase partner countries’ capabilities to maintain peace and security on a voluntary, flexible and transparent basis.

Cooperation within the PfP is conducted at the level and pace that is individually determined by each partner country. The PfP is based on cooperation and joint action of defence systems of sovereign states; although, the states are not legally bound, but only respect the principles of voluntarism and self-affiliation to the PfP.

The entire development path of the PfP has been marked by the initiatives and specific measures to improve it and make it more operational. This Program has served as a model for other forms of partnership within NATO, such as, for example, the Istanbul Cooperation Initiative (ICI).

The processes of unification of all existing cooperation mechanisms have been recently intensified and all mechanisms, developed under the auspices of the PfP, are becoming more open for other partner cooperation initiatives.

The Republic of Serbia in the PfP

While it was still an integral part of Yugoslavia and to date, Serbia has had various forms of cooperation with NATO, from the Third Balkan Pact (1948–1953), to training and education of members of JNA in NATO member states. The intensity of this cooperation varied, depending on political developments in recent decades.

A concrete step in establishing cooperation in the PfP framework was made in late April 2002 when the FRY Government adopted the recommendation of the Supreme Defence Council to start the process of joining the Program.

The State Union of Serbia and Montenegro submitted on 19 June 2003 an official petition for membership in the NATO PfP.

The Republic of Serbia was invited to join the PfP at the NATO summit in Riga on 29 November 2006, together with Bosnia and Herzegovina and Montenegro. In line with this invitation and the decision of the Government of the Republic of Serbia, Serbian President Boris Tadić signed the Framework Document on 14 December 2006 in Brussels, thus making Serbia a formal participant of the PfP. Furthermore, the Presentation Document of the Republic which outlines the goals of Serbia within the PfP clearly states that Serbia's participation in the PfP is in line with the economic, financial, human, material and other capabilities.

Republic of Serbia, as each partner state, independently drafted its respective Presentation Document, where it presented its political agenda regarding participation in the PfP, areas of cooperation for fulfillment of these goals, as well as the resources and assets that Serbia intends to put at disposal for the realization of activities within this Program. This paper presented a political-military framework for the scope, intensity and content of cooperation with NATO. In addition, this is the only document that partner states independently produce, while all the others are a result of harmonization and agreement.

Committed to the promotion of cooperation and joint action with NATO members and other partner countries in building global, regional and national security, Serbia, in its Presentation Document, is ready to assume its part of responsibility for a stable and lasting peace in the region, to participate in peacekeeping operations of the UN and achieve interoperability of the armed forces with those of NATO member states.

The Republic of Serbia, through its engagement in the activities of the Common Security and Defence Policy and participation in the PfP, strengthens its own security through dialogue and cooperation and contributes to peace and stability in the region, strengthening of good neighborly relations and resolving all issues peacefully. In its Presentation Document, Serbia stated its intention to actively participate in the PfP, based on the current contents of the program, as well as the cooperation with the Alliance. Serbia also highlights the willingness to participate in almost all the established mechanisms of the PfP, including the Individual Partnership Action Plan (IPAP), which suggests the possibility of intensive cooperation with NATO to meet mutual interests. In February 2011 the Government of the Republic of Serbia adopted a resolution on initializing procedures for drafting IPAP between RS and NATO.

The Presentation Document of Serbia, unlike other presentation documents of regional countries does not envision Serbia's membership in NATO, which, at least for the time being, excludes the participation of Serbia in Membership Action Plan (MAP), as the PfP mechanism for a comprehensive preparation program for joining the Alliance.