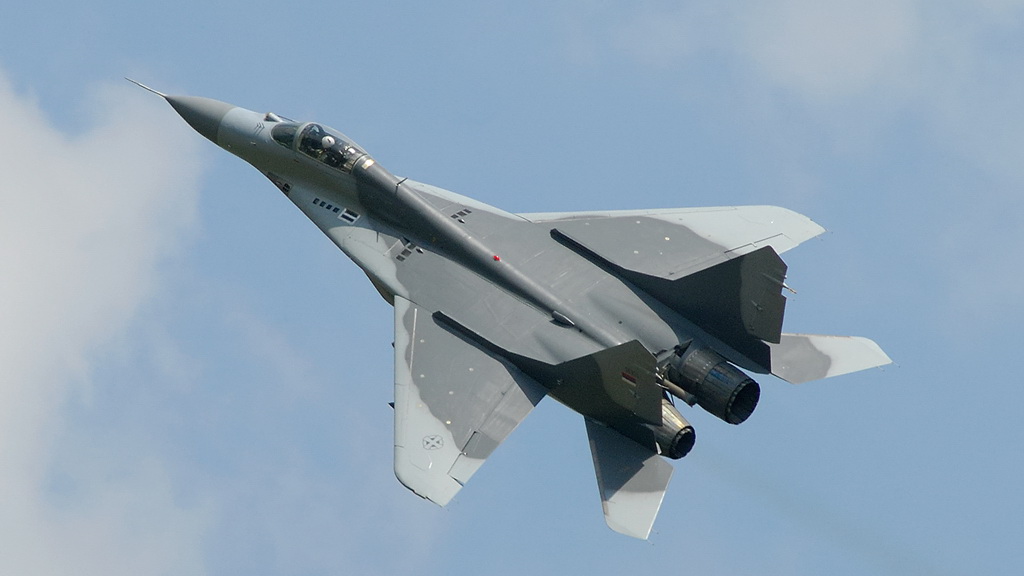 The mig-29 fighter aircraft (military designation L-18 for "mig-29" and NL-18 for "mig-29" UB) is intended for hunting and fire operations in a secondary purpose, day and night, in favorable and complex meteorological conditions. 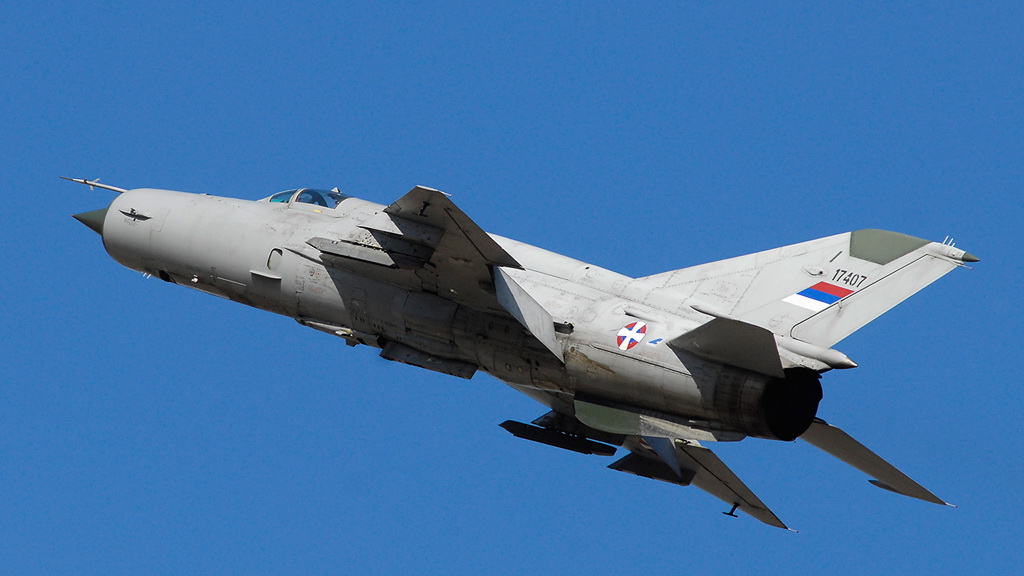 "Mig-21" fighter aircraft (military designation: L-17 for "mig-21" BIS, NL-16 for "mig-21" UM) is a fighter intended for secondary and daytime hunting and fire operations, in favorable and complex meteorological conditions.
One of the most important fighter aircraft of world history, the "mig-21" has been flying in the Balkans since 1962. At that time, the first "Mig-21" F-13 units entered Batajnica Airport, part of the 204th Fighter Regiment. In subsequent acquisitions until 1983, 261 Mig-21 aircraft, 11 variants, were deployed in the AF&AD, for the primary purpose of a two-seater fighter for the training and training of supersonic aviation pilots and scouts. 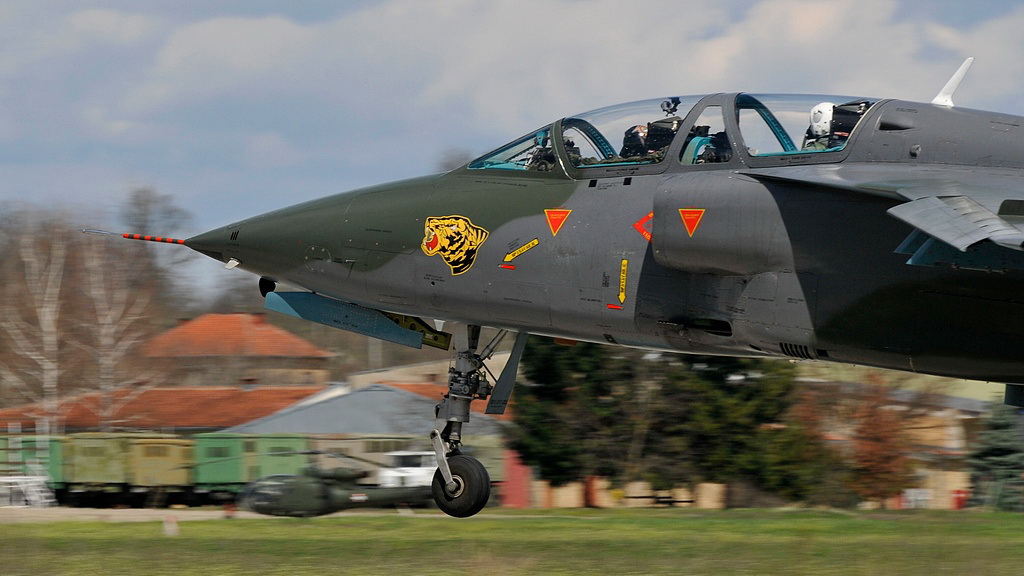 The G-4 trainer-fighter aircraft (military designation N-62) is designed to fly and operate in favorable meteorological conditions, day and night, and training in complex meteorological conditions day and night.
Based on the technologies that have mastered the development of the fighter-bomber „orao“ in the Yugoslav industry, in 1974 the development of the G-4 (N-62) trainer-fighter aircraft was initiated.
Two prototypes and six pre-production airplanes have been made in the development, which have been modified for the role of a AD target towing target aircraft, designated N-62T. From 1984 to 1991, 77 N-62s were manufactured for AF&AD. 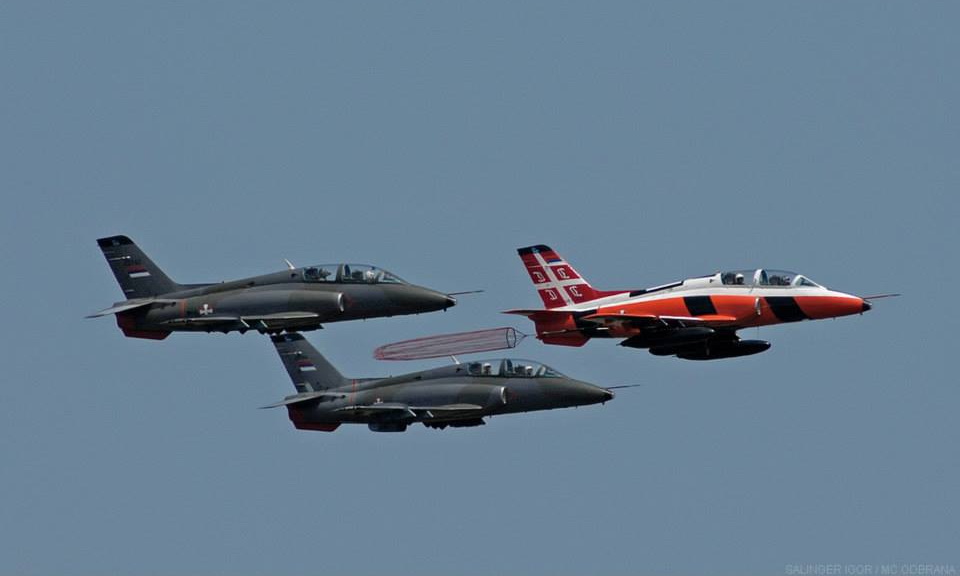 The N-62T "super-seagull" (the letter "T" in the aircraft designation stands for "tractor") is a jet aircraft, a single-engine, two-seater permissible speed intended for: towing air targets, firing air-to-air missiles as air targets, flying for purpose training and firing units of the Serbian Armed Forces units as a fictitious object of action in the airspace (specific color scheme: for operating units from the ground differs from the sky, and for the effect of airborne and fighter-bomber aviation from the ground), multiple tactical use as a light fighter aircraft (used in camouflage scheme for air reconnaissance tasks, shooting and bombing targets on the ground) and training pilots (trained to fly on it).
The target traction system is intended for hauling air targets, and for the purpose of training for the firing and rocketry of targets in the airspace of the units of the Serbian Armed Forces, both the Army Air Forces anti-aircraft artillery and missile (with appropriate target and other conditions), as well as AF units and air defense from artillery-rocket, rocket and aeronautical weapons. The "Lasta" aircraft (military designation V-54) is a single-engine low-wing metal structure developed for basic pilot training and can also serve basic combat training as it has the capability to carry a small amount of weapons. 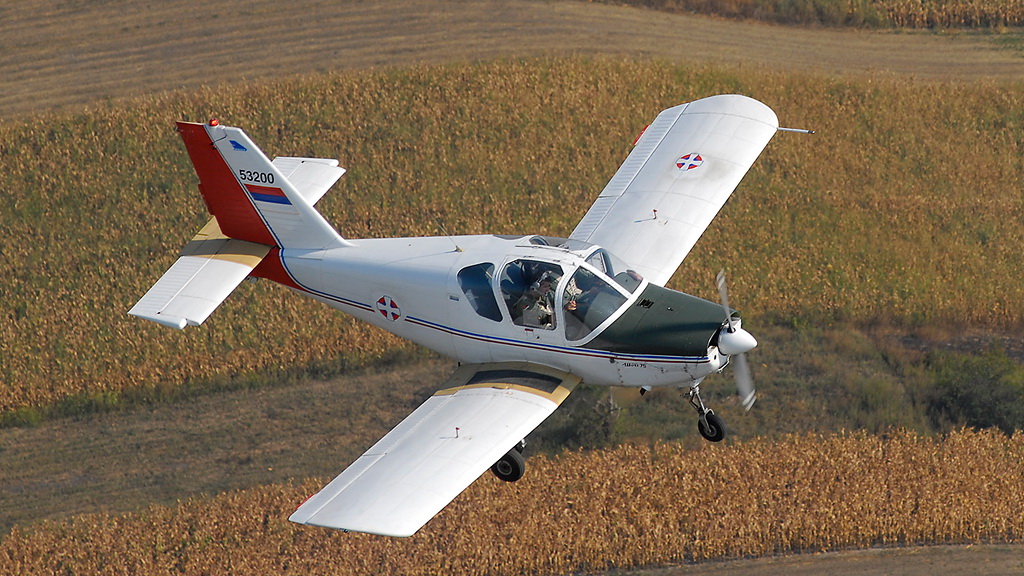 The Utva 75 trainer aircraft (military designation: V-53) is used in the AF&AD for the training and training of pilots in visibility conditions, for towing gliders, for courier and liaison flights for command purposes. 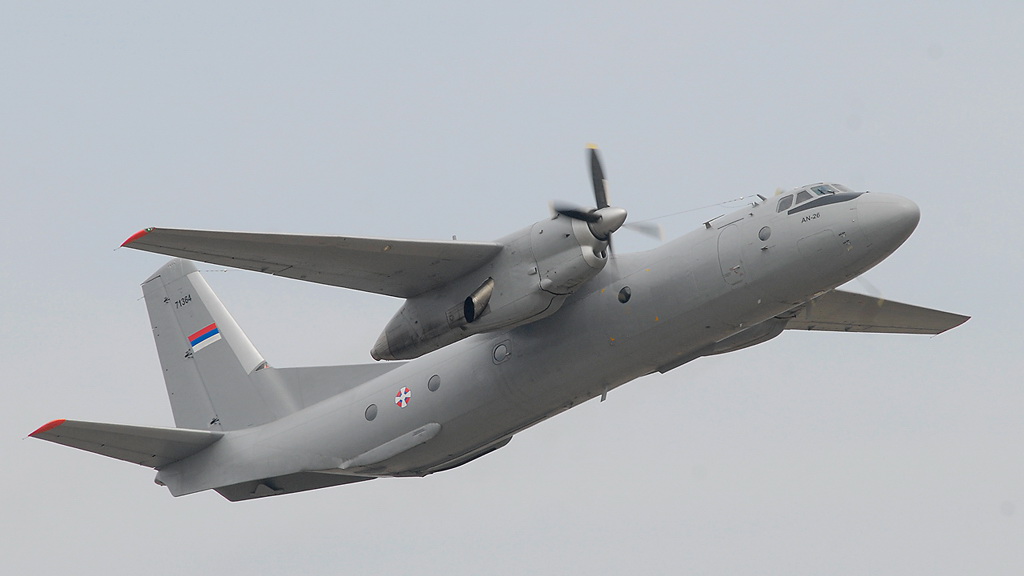 An-26 aircraft (military designation T-70) is a transport aircraft intended for the tactical transportation of cargo and passengers and the paratroopers and cargoes.
If necessary, it can be quickly converted into a medical facility, which can transport 24 severely injured people. The transport variant carries up to 30 paratroopers with equipment or a maximum of 5,500 kg of cargo.
It takes off and lands from prepared asphalt, grass and dirt runways.

The Mi-35 helicopters (military designation HB-47) are used primarily for combat operations against ground targets as part of aerial fire support for ground forces. It can also engage targets in the air, carry out air transport of personnel and cargo, reconnaissance and patrol duties, as well as landing teams. They are part of the 714th Anti-armour Helicopter Squadron. 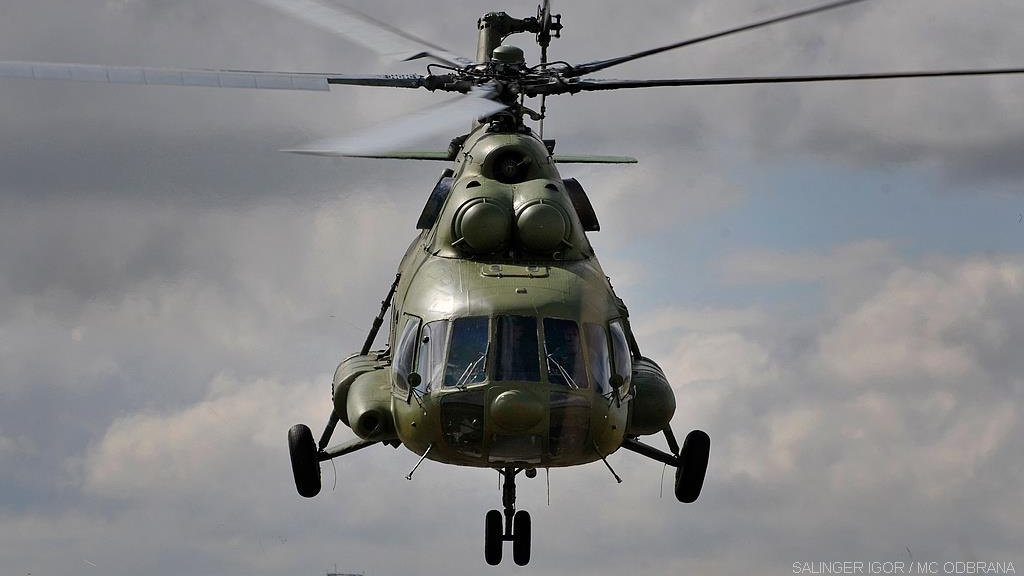 The H-145M helicopter (military designation H-50) is a multi-purpose light helicopter designed for the transportation of people and materials, search and rescue, medical transportation, reconnaissance and observation of battlefields and fire support. They are part of the 119th Mixed Helicopter Squadron. 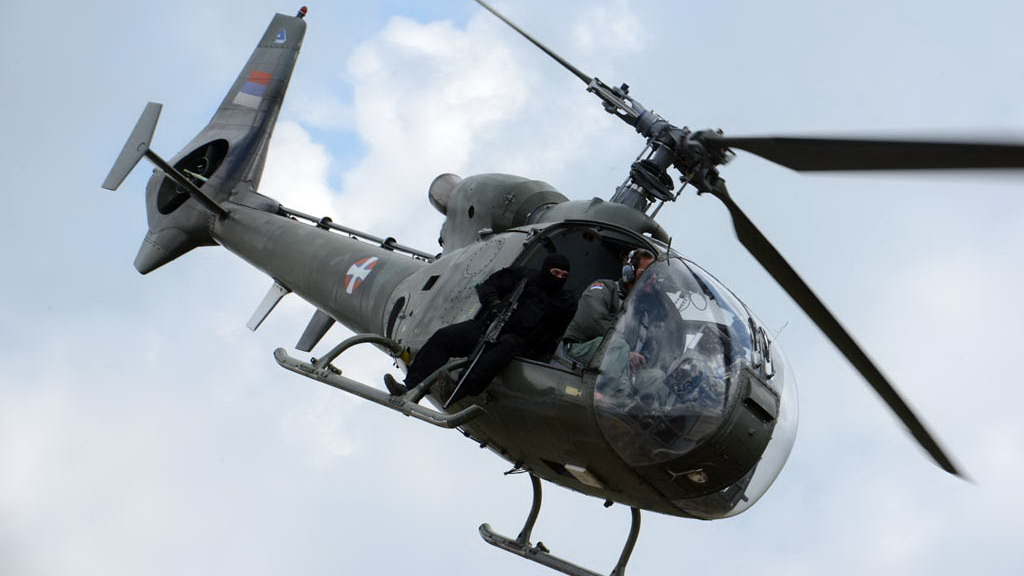