Branches of the Serbian Armed Forces are: 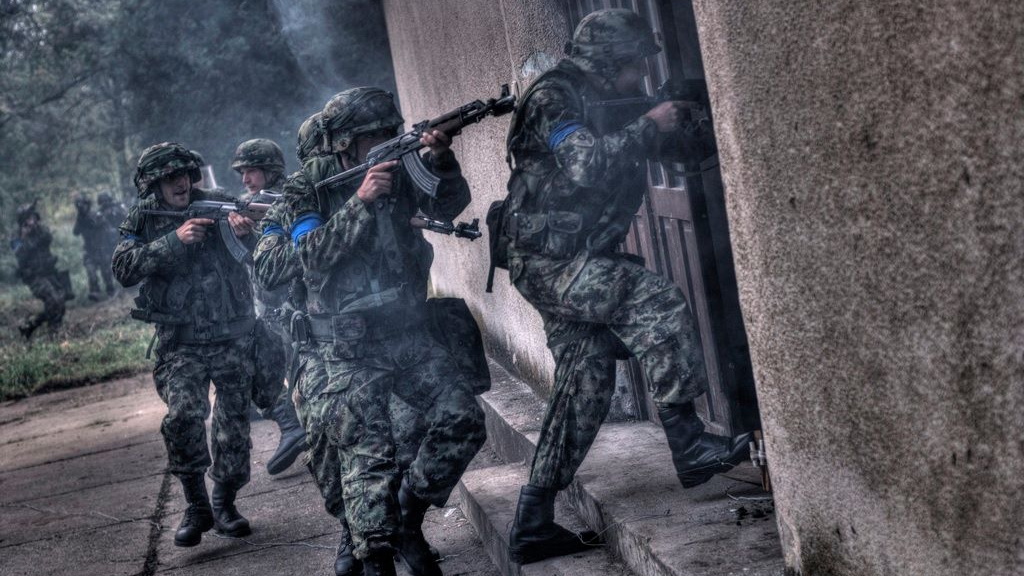 Infantry is the most massive SAF branch, equipped and trained to combat in any type of terrain and weather conditions. By engaging in different combat operations, with assistance and support of other branches, Infantry conducts sustainable and enduring armed battles at the theater of war even under the most difficult conditions.

As part of the overall SAF restructuring, Infantry branch has been undergoing reforms aimed at setting up smaller, state-of-the art and more combat efficient units. Nowadays, Infantry is made of infantry battalions in the Army and Territorial Forces, and Infantry servicemen make up the core of the units for special operations personnel. Infantry units (motorized company and shooting platoons) play active role in preparing and participating in peace keeping operations.

The Day of Infantry is celebrated on 16th November to commemorate 16 November 1914 when the battle of Kolubara, one of the most famous WW1 battles fought by the Serbian army against Austro-Hungary, began. It lasted for 30 days – from 16th November till 15th December, under extremely unfavorable conditions on a 200 m long front. The main Serbian forces were 11 Infantry and 1 cavalry divisions supported by 426 artillery pieces. 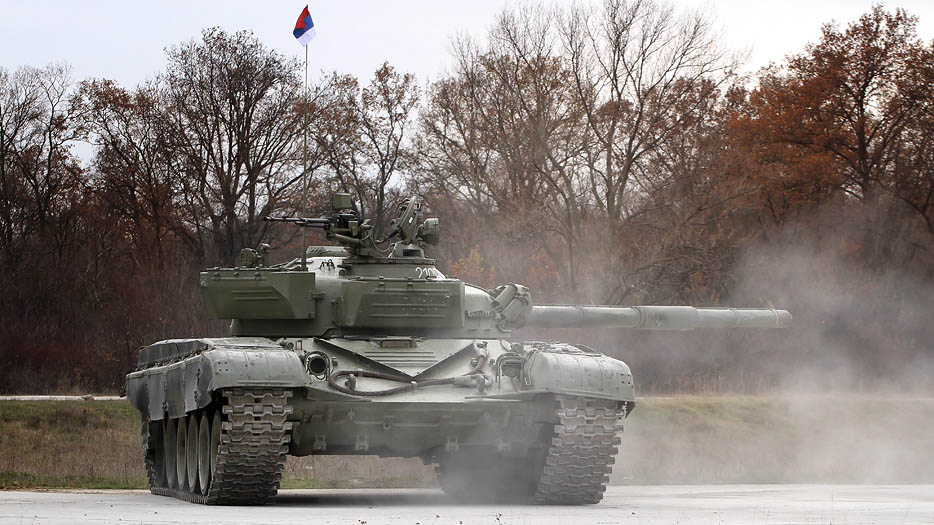 Armour units are basic maneuver force of the Army and SAF in operations. They are equipped with the most powerful weaponry of the Army (tanks, IFVs) giving them the leading role and vital importance in fulfilling the SAF first and second missions.

In addition to their role in offensive operations, Armoured units are a respectable factor in anti armor combat and a useful player in fulfilling the SAF third mission.

In their purpose, character and essence, Armoured units are an offensive component of the Army, capable of rapid, daring, sudden and powerful combat actions in any terrain, weather and battle conditions.

During the SAF restructuring, a new organizational and formation structure of the Armoured units was established with further modernization and technical improvements planned for the future. The concept of Armoured units provides for the successful implementation of their tasks. They consist of tank and motorized battalions equipped with M-84 (M-84A) and M-80A IFVs and T72M Tenk Battalion equipped with T72MS tenk. In addition, basic equipment also includes armor reconnaissance vehicle M-2 and armor command personnel carrier 50PK.

The beginnings of the Armor branch are related to the first assault by a tank troop on Kraljevo that took place on 31 October 1941 which is nowadays celebrated as the Day of Armor units of the SAF. 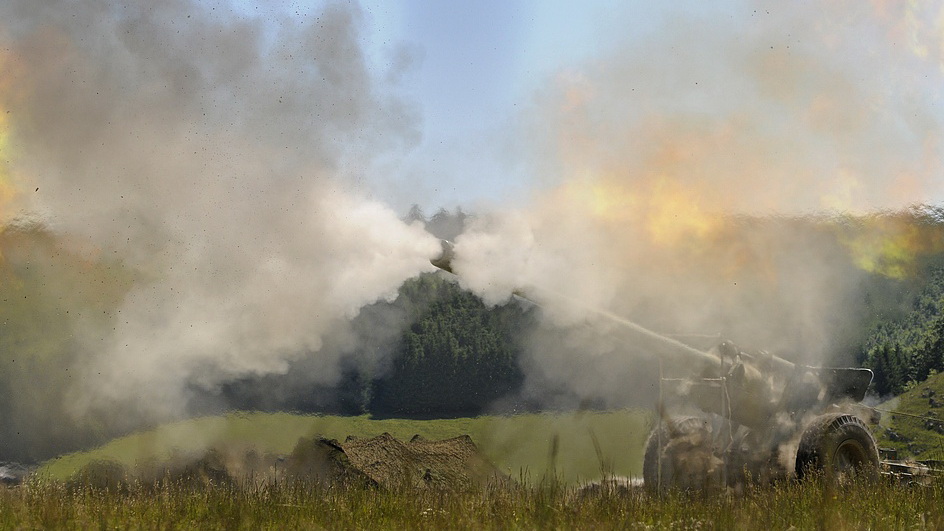 Artillery is a branch of the Army designed to provide fire support and cover for combat units. It has artillery weapons of different caliber and rocket systems. With its specific organization, training and purpose, it provides artillery and rocket capabilities at the battlefield.

It is trained to open sudden, strong, accurate and efficient fire in all forms of armed struggle and combat actions and operations.

Artillery fire support enables free maneuver of own forces while blocking and demoralizing the enemy. The main battlefield tasks of the Artillery are to slow down, neutralize and destroy the enemy. Under certain battlefield conditions, it carries out some specific tasks: demolishing and damaging of command facilities and military infrastructure, minefields and obstacle breaching, creating smoke screens to prevent the enemy from observing and operating or to conceal movements and actions of friendly forces, setting up fires in buildings or areas, illuminating the ground or setting light markers.

With its big fire power, developed maneuvering capabilities, appropriate and timely support of the Army units, Artillery can be critical for the outcome in the battlefield.

Multiple rocket launchers are being used more extensively. Most of them are self-propelled. Towed artillery pieces are transported by high maneuver motor vehicles that can match track vehicles. The whole range of high precision artillery ammunition and rockets has been developed.


Breakthrough of the Thessaloniki front at 8 o’clock on 14th September 1918 started with the longest artillery preparation ever seen in war history up to that date. In memory of our glorious ancestors and their heroic victories, 14th September is celebrated as the Day of Artillery. 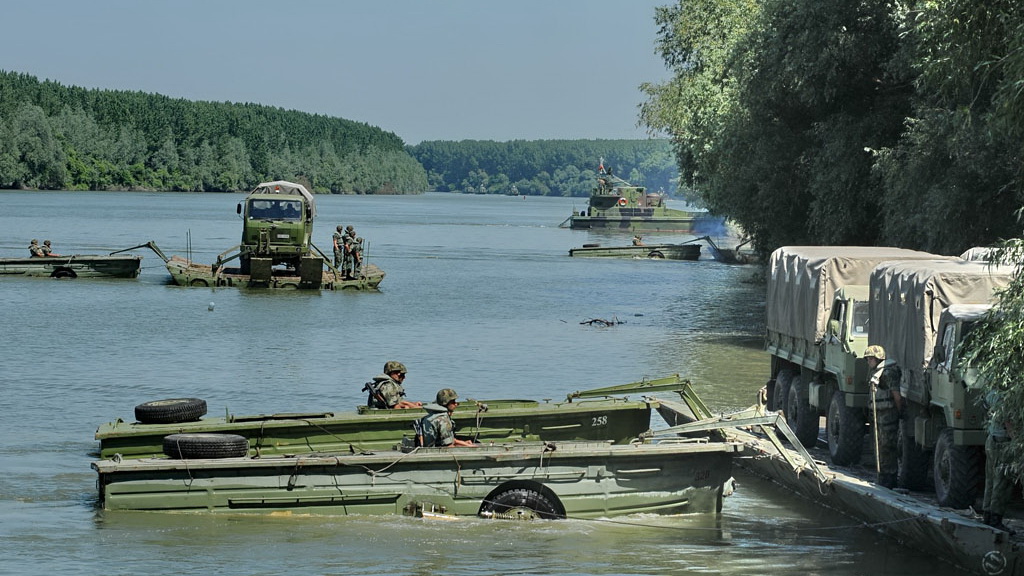 Engineers as a branch of the Army are tasked with engineering works such as setting obstacles, breaching, road building and fortification. As a contemporary combat and technical branch, Engineers are equipped and trained for missions and tasks in war and peace.

Engineers are always the first to render assistance to the population stroke by floods, earthquakes and other natural disasters, as it was demonstrated in this year’s floods, landslides, fires, earthquake …

There are numerous engineering specialties due to the versatility of tasks Engineers perform:

Engineer units with well trained and highly skilled personnel are critical for the success of future tasks. There are plans to furnish Engineers with state-of-the-art equipment, primarily, engineer machinery and systems for setting and breaching obstacles which would provide adequate safety for the operators and crew members. Further development and introduction of new and modern equipment guarantee the success of future Engineer tasks related to all three SAF missions.

Origins of the Engineers branch in Serbia go back to the second half of XlX century, specifically 25 October 1865 (according to the old calendar), that is 6th November 1865 (according to the new calendar) when the Law on amending and complementing the Law on army organization from 1864 stipulated that pontoon and pioneer engineers should be exempt from artillery into a separate branch - engineers, along with infantry, artillery and cavalry. This date is nowadays celebrated as the Day of Engineers. 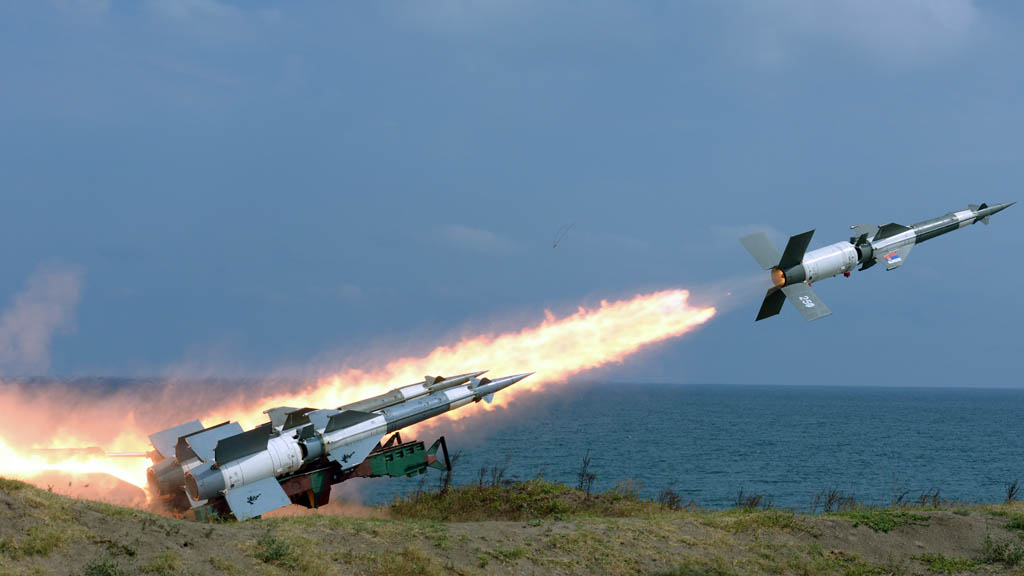 Air Defence Artillery and Missile Units are designed to protect vital facilities, country's territory or the SAF elements against air attacks and air surveillance at all altitudes of their combat engagement.

In addition, they are designed to counter airborne operations and close air corridors leading to important facilities and inner parts of the contry's territory.

They are efficent, capable to destroy all types of aircraft and aerodynamic missiles, able to act in any weather conditions, day and night, notwihtstanding electronic interferrance, and they can also fire maneuvre within its operational area.

Air Defence units in the SAF are organized into troops, platoons, batteries, divisions and an air defence missile brigade.

History of the Air Defence branch in Serbia goes back to 30th September 1915 when Private Radoje Raka Ljutovac from Tanasko Rajic artillery regiment, deployed at Meta’s Hill near Kragujevac, shot an Austro-Hungarian aircraft from a modified ground artillery cannon.

In memory of the downing of the first enemy aircraft, 30th September was celebrated as St Patron’s Day of the Air Defence Artillery between two world wars, and starting from 1994 it has been celebrated as the Day of Artillery and Missile Units for Air Defence. 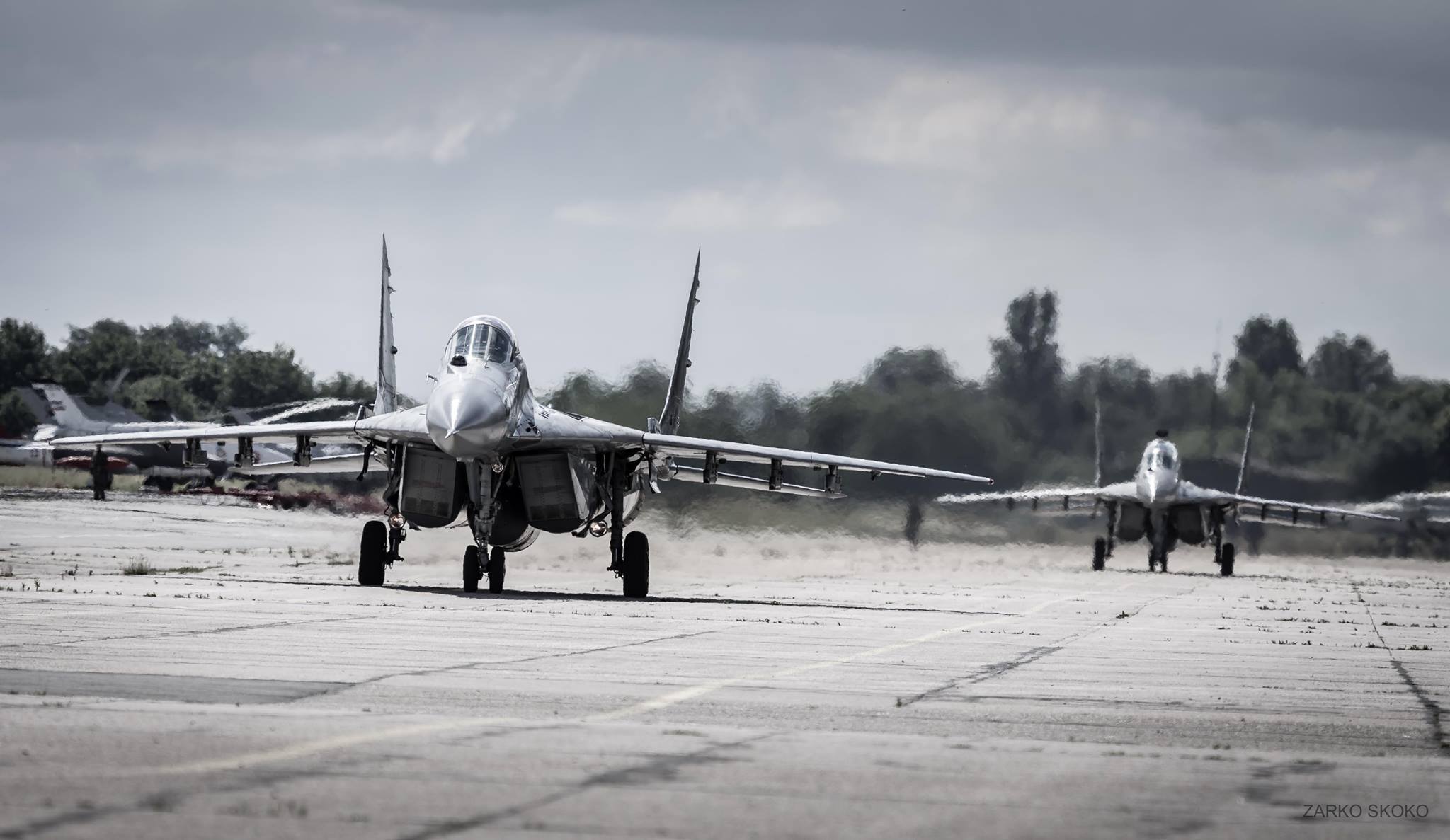 Aviation is today the most important branch of the Air Force and Air Defence arm and represents its strike force, combat power and maneuver.

It is designed to engage targets in the air, on the ground and on the water, to gain air supremacy, to conduct air surveillance and to provide air lift and communication.

Depending on the aircraft tactical and technical features, Aviation is divided in two groups:

Fighter units are designed to destroy targets in the air at all altitudes of their combat engagement, as well as to conduct surveillance and engage targets at land and sea. Fighter aircraft units are armed with "MIG-29" fighter jets.

Fighter-bomber units are designed to engage targets at land and sea, as well as to conduct surveillance and engage air targets. They are armed with "Orao" and "Supergaleb" G-4 jets.

Reconnaissance units conduct air surveillance and can also engage targets in the air, at land and at sea. They are armed with reconnaissance type of "Orao" jets.

Transport units airlift combat elements, movable equipment and supplies, wounded and injured. They are equipped with An-26 and An-2. Transport aircraft units include also helicopter units or their parts that provide transport services using H-145M, Mi-8, Mi-17 or "Gazelle" helicopters for general use.

Helicopter units are armed with combat "Gazelle" ("Gama") helicopters which are primarily engaged as assault helicopters to provide fire support to ground forces, but can be also used to counter helicopter attacks and to conduct partial tactical surveillance and reconnaissance.

The beginnings of the Serbian Air Force date back to 1912 when a group of future pilots was sent to French pilot schools for training. The first air force command was formed in Niš on 24th December 1912. Air Force units went to combat action for the first time during the siege of Skadar in 1913.

Continuing its traditions, Serbian Air Force made big progress at the Thessaloniki front. Between the two world wars, a modern Air Force with a few hundred aircraft was developed from the first two squadrons.

During the April war in 1914, Aviation, as the main force of the Yugoslav Royal Air Force, put up a fierce resistance against the German Luftwaffe.

During the WWII, part of the airmen continued to fight in the air forces of the allied countries, while the other part set up the Air Force Units of the National Liberation Army of Yugoslavia and fought against the occupying forces. These units became the basis for the powerful and respectable Air Force that was developed from 1945 till 1991.

It is with great morale and readiness to defend their homeland that the Air Force Units responded to the air campaign against Serbia in 1999. Worthy of their predecessors, Air Force and Air Defence servicemen fought against enemy who was far superior in terms of strength, equipment and technology. 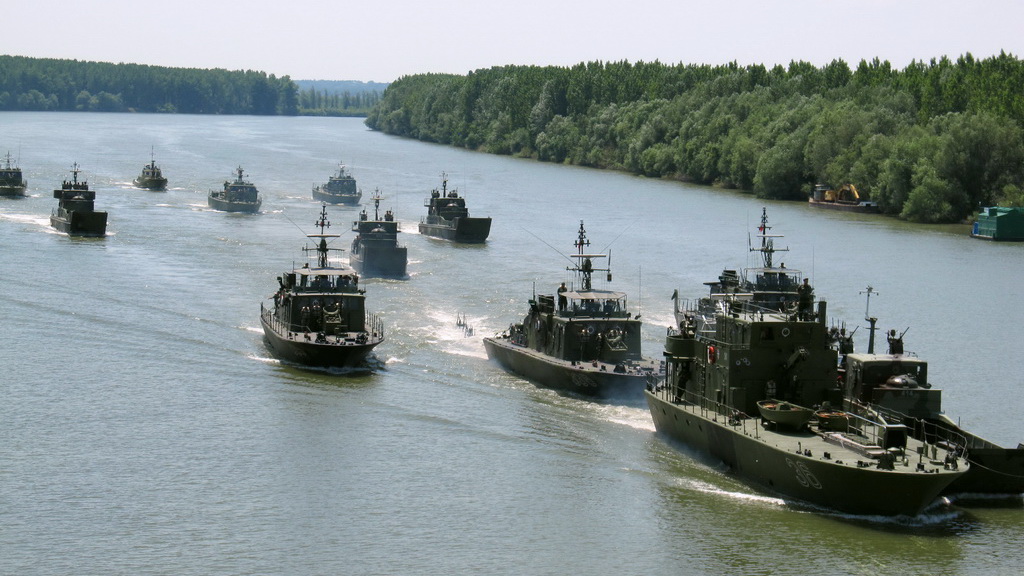 Riverine Units of the Serbian Armed Forces are designed to conduct operations on inland waterways, secure safe navigation and conduct search and rescue on rivers, canals and lakes, give assistance to the population in case of natural disasters and take part in peace keeping operations and other forms of international military cooperation.

Riverine units train and practice to build and develop operational capabilities to fulfill specific tasks and tasks related to all three SAF mission; they control inland waterways and secure maneuver for the Army units.

The Day of the Riverine Units is celebrated on 6th August 1915 in memory of the day when the first Serbian ship, an armoured boat "Jadar" was launched. The ship was placed under Ada Ciganlija command and together with other ships took part in battles to defend Belgrade in October 1915.

River Flotilla was reorganized into a brigade level unit when pontoon units were included in its structure.