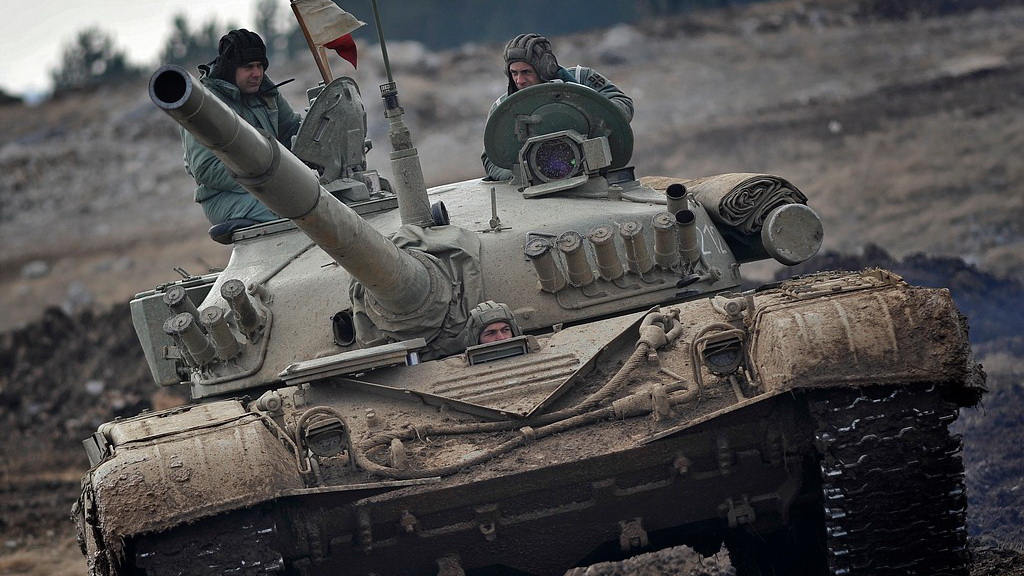 The M-84 Tank is a combat track vehicle designed to destroy enemy combat vehicles, manpower and other combat vehicles.
M-84 Tank represents the first modernization carried out on the famous Russian T-72M tank. In the course of winning the licensed production, extensive changes were made to the original project, primarily in electronics. Built-in home fire control system with digital computer, gyro-stabilization and new sighting devices with second generation image booster. The M-84 zero-series tanks were made in 1984. The M-84A tanks manufactured from 1988 to 1991 were equipped with the stronger 735 kW V-46-6TK engines and the armor protection improvements taken from the T-72M1 tank were applied. 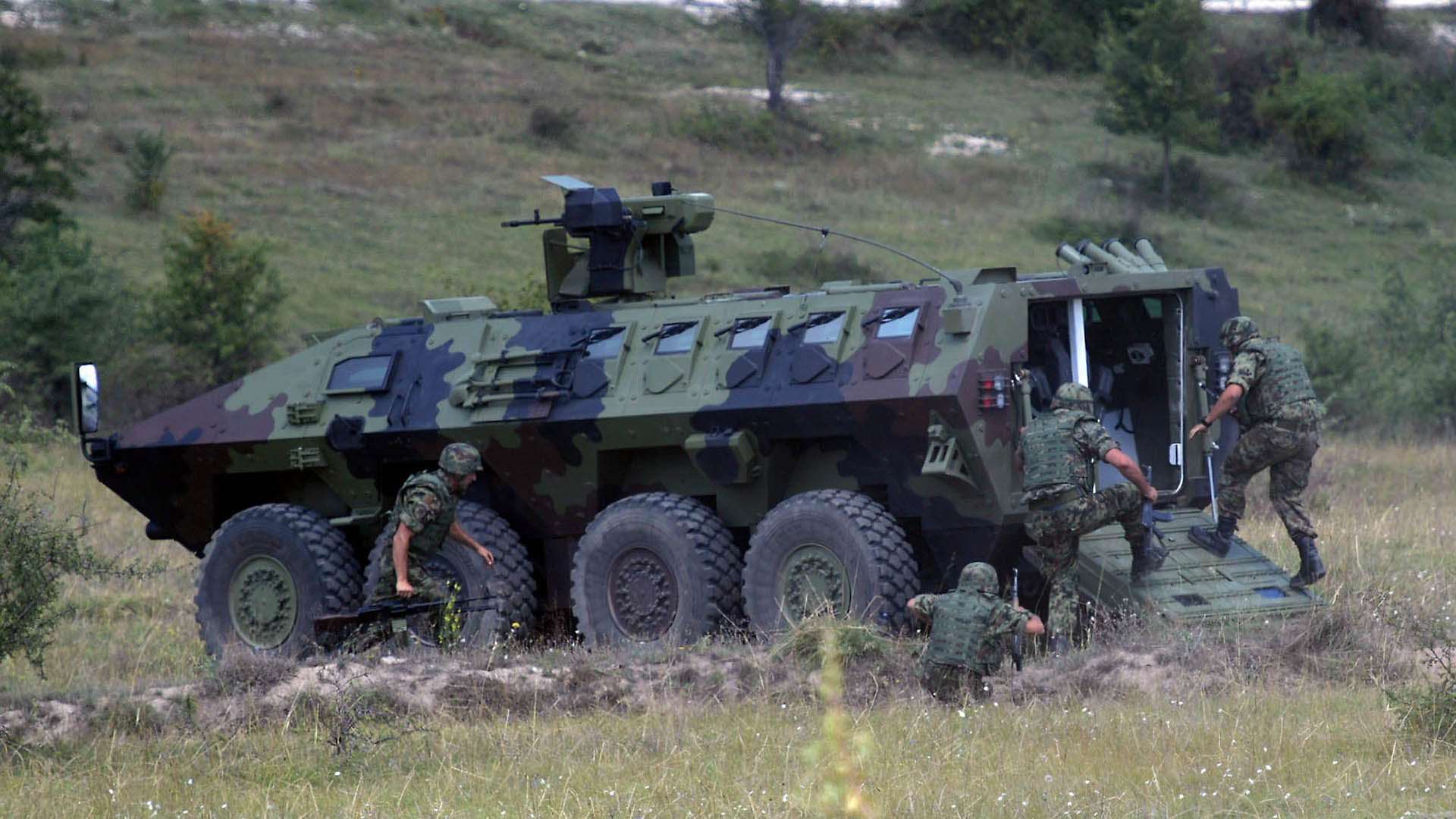 The Lazar 3 armoured combat wheeled vehicle is a product of the domestic defence industry. It is characterized by an 8x8 powertrain formula and includes a modern approach to armour protection, mobility, firepower and long-range combat in conflicts of varying intensity. The Lazar 3 has highly sophisticated modular ballistic protection, and the number of crew members depends on the mission and the weaponry the vehicle is equipped with.
The vehicle can be equipped with various types of weapons, ranging from a remote-controlled combat station with a 12.7 mm M-15 machine gun to a 30 mm cannon. The vehicle has ballistic glass shielded loopholes, which allow soldiers in the vehicle to respond to potential threats. 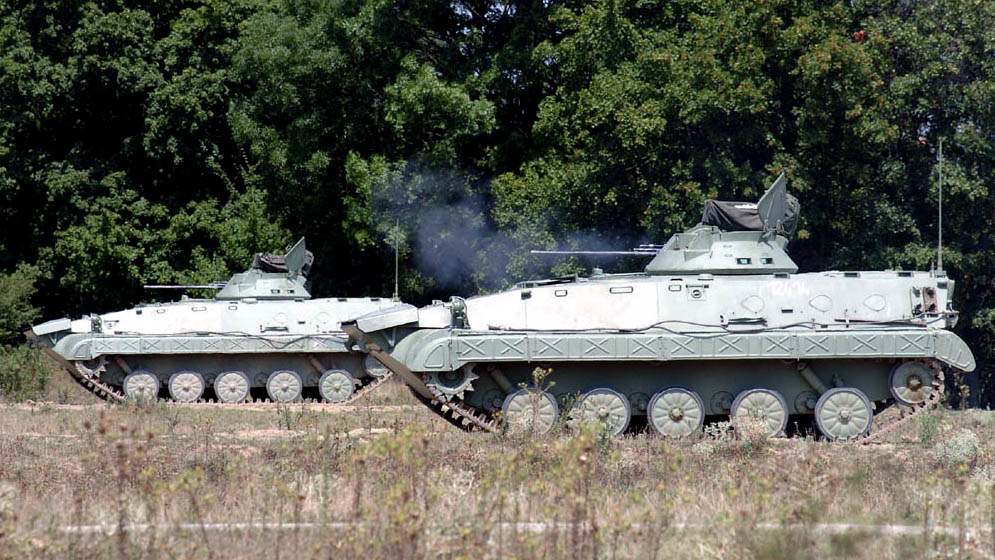 The M80 Infantry Fighting Vehicle is a combat track vehicle used to destroy enemy ground forces, armor, and other ground combat equipment and airborne targets.
Mechanized battalions are equipped with infantry fighting vehicles (IFV) M80As made at the FAMOS factory in Hrasnica. Infantry mobility is based on the high patency of vehicles, which can cross water obstacles by navigating track tracks. The IFV can operate with basic armament in a turret dome and personal armament of a loaded infantry unit through eight openings in the body of a vehicle. The BTR-50PK / PU Armored Conveyor is a tracked armored vehicle intended for command in higher armored and other units of the Serbian Armed Forces.
The BTR-50PK and PU armored personnel carriers are command vehicles in tank and mechanized battalions. The BTR-50 armored conveyor family is based on the PT-76 floating tank chassis.
Since 1958, armored personnel carriers BTR-50PK were introduced into the armaments of the USSR, intended for the transport of water by 20 infantrymen and two crew members. At the same time, BTR-50PU command vehicles appeared, which differed from the basic model in terms of interior arrangements adapted to accommodate up to ten crew members and with space for up to five radios.
The BTR-50PK is entered through four openings on the roof of the body of the armored conveyor, and in the BTR-50PU through one large opening, also on the roof of the body. An easily noticeable difference between the two vehicles is the semicircular dome with three periscopes, located on the left side of the front of the body on the BTR-50PK, while the BTR-50PU has two domes.

The BRDM-2MS Armored Reconnaissance Vehicle is a modernized version of the well-known armoured reconnaissance vehicle, in use in the Serbian Armed Forces since 2019. Although similar in appearance to its predecessor, it is a completely modernized. In addition to the new diesel engine, additional 3A ballistic protection was implemented. It is armed with 14.5 mm KPVT machine guns and 7.62 mm PKT. 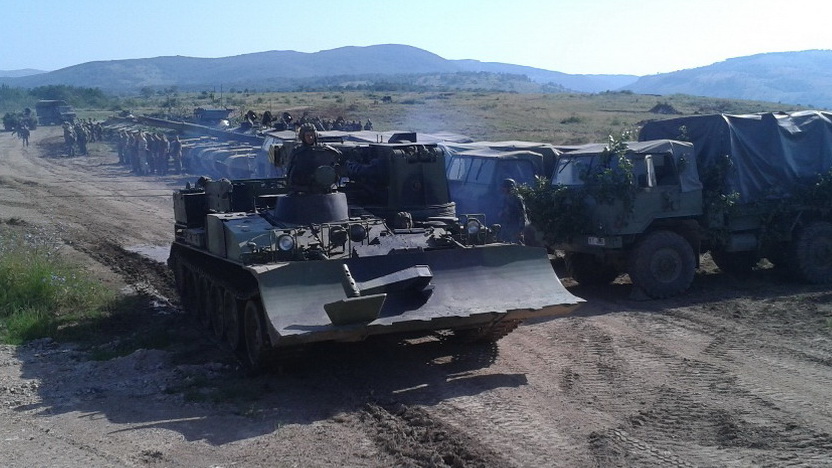 M-84 ABI is intended for evacuation (pulling and hauling) of defective and jammed tanks and other combat vehicles, performing earthworks using bulldozers, lifting loads during assembly and dismantling works, quick repair of vehicles, repair of armored body of tanks, delivery of heavy spare parts as well as first aid and evacuation of the wounded.
The draw tank is equipped with standard and special tools and accessories for arc welding and gas welding and cutting. Armoured Reconnaissance Vehicle BRDM-2 is an armored reconnaissance vehicle designed for reconnaissance and observation on site and on the move.
The BRDM-2 trump card is a heavy machine gun with a bullet of 14.5 mm. The bullet was created in World War II specifically for the destruction of tanks from anti-tank rifles.
In addition to the basic version of the BRDM-2, an identical chassis is used in the Serbian Armed Forces  as a platform for the Air Missile Defense System „Strela-1M“. 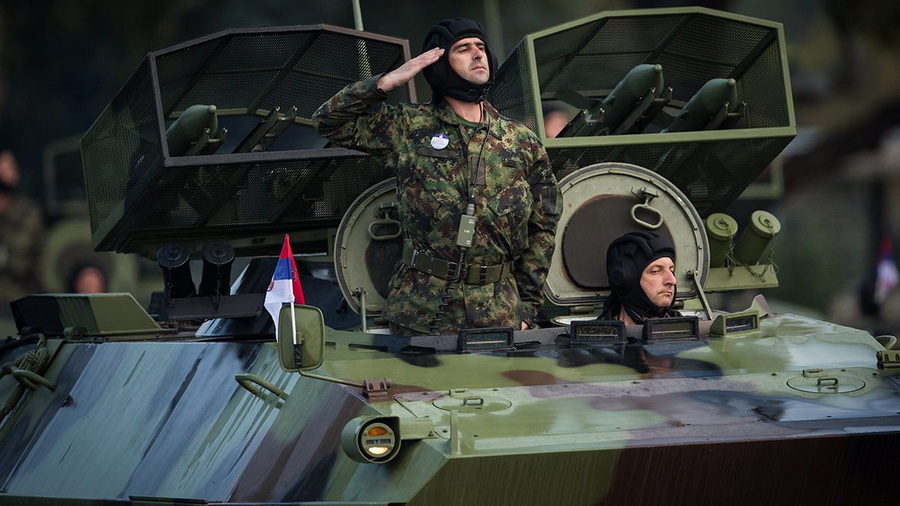 The POLO M-83 combat armored vehicle is intended to destroy armored and other ground combat equipment and enemy manpower.
Mechanized infantry has two rocket launchers per M80A infantry fighting vehicle. The combat vehicles were used as a platform for the M83 antitank launcher (BOV-1), which has a six-missile turret.
According to a license obtained in the former USSR, the "Krusik" factory in Valjevo produces a anti-armoured rocket "maljutka" in two basic variants - with manual guidance and semi-automatic guidance.